Established in the late 19th century, when it was an instant success – winning a prize with its passito at the First World Exhibition in Milan – this is a gem of a cellar which, from a mere hectare and a half of vineyards, it produces just over 5,000 bottles a year. Managed by youngster Giorgio Gnavi, helped by his uncle Carlo, it uses the erbaluce grape to make all three versions of the Erbaluce wine: the delicate, elegant Metodo Classico Turbante, which rests 36 months and more on the lees and has lovely floral notes; Erbaluce di Caluso Docg Cavalier Giovanni, all blossom and fruit with a nice streak of acidity and flavour; and, last but not least, the jewel in the cellar’s crown Caluso Doc Passito Riserva Revej, aged for eight years (the production protocol envisages five), sumptuous and pervasive with aromas of candied fruit and honey, a masterpiece of a wine that is also used as the liqueur d’expedition for the metodo classico. At the cellar they still conserve very old vintages, so be sure to try them. 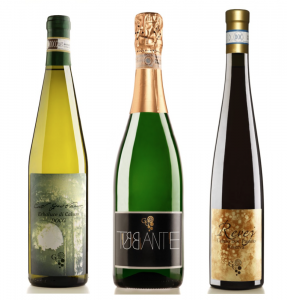