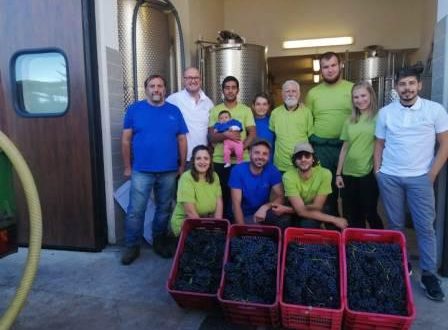 The Le Masche farm is situated in Levone, a relatively secluded area in the Alto Canavese district whose terroir and microclimate are unique, very different from the other winegrowing areas in this part of Piedmont. Set among rolling hills and woods, these are places rich in history: the name of the farm, for example, which means “The Witches”, derives from an episode in the 15th century when four women were accused of witchcraft and burned at the stake. Established in 2013 by Lorenzo Simone, today the farm works mainly with the grape varieties of the area, given over to red wines, and produces Canavese Rosso (60% barbera with freisa and the native chatus), and Barbera and Nebbiolo monovarietals (aged in wood for 18 months). It also makes an Erbaluce with grapes from its vineyards in Caluso, which also go into a good Metodo Classico. The farm has received an SQNPI (Integrated Crop Management National Quality System) certificate for integrated production.